Past Clients and Places you may have seen Magician Matthew King:

It all started with being fooled by a magic trick at 7 years old and, determined to know the secret, I began visiting my local library to read up on magic.  I also received my first magic kit that year, and I immediately started expanding my knowledge of the art of magic. I started performing magic shows at birthday parties for family friends.  By the age of 12, I was asked to perform my first paid public appearance, for the Boy Scouts Annual Blue & Gold Celebration Dinner (I wasn’t even a Boy Scout). I continued saving my chore money, and investing in magic.

Once I reached high school, I was ready for anything. At 16, I built up the nerve to audition for the Junior Society of the Magic Castle in Hollywood.  My father drove me to my audition, which consisted of parlor-style magic. I knew I didn't get in...partly because I knew I was extremely nervous.  It was a very nice letter saying "No, but please try again", and I had every intention to do so!  Back at home, I auditioned for the School Talent show with my Sub Trunk routine.  I won first place in my school, and, after traveling through Fresno County to many different schools, I was awarded 5th place.  I wasn't satisfied with 5th!  SO...I bought builders plans for a grand illusion, and I had a friend's father, who was a carpenter, build me "Cutting a Woman in Sixths" (Abbotts, 1930's style) and started building a new routine.

At this age, I attended a David Copperfield Magic Show and was lucky enough to be introduced to him by a fellow magician. I even had the opportunity to assist Mr. Copperfield on stage. At 17, I was ready to "Try Again" at the Magic Castle.  This time I had put together a stellar act with doves and many visual effects, intense music (and great acting) to compliment my "Cutting a Woman in Sixths" illusion.  I was accepted to the Magic Castle Junior Society at 17 and commenced meetings in this beautiful Victorian mansion built into the Hollywood Hills (WITH a magic library).

As a senior in High School, I competed again in the county competition with my new routine and grabbed first place!  I also competed in my city-wide Talent Show and took first place. Five days after graduating high school, I was on an airplane to New York City, as I was hired by a talent agency to perform at an amusement park there called "Playland".  At the end of the season in September, 2001, and upon my return home, I decided to move to San Diego to expand my craft.  I have been performing magic since 1994.  My beautiful daughter was born in 2006, and I purposely kept my business local and low-key to be present in raising her through the most important years of her life. Though she is more into singing than she is magic, she still enjoys helping me with my virtual shows, and she is eager to work in our magic shop!  I have a deeply-rooted passion for magic and entertaining people, and it shows in my work. Watch my do my thing...

Hello! I am Matthew King. A dedicated father, magician, and entertainer. After decades of performing for corporate and private events, I was constantly asked by people "where can we come see you perform"? Since adopting the business name SAN DIEGO MAGIC SHOWS many years ago, I would frequently receive calls from, both, tourists and locals asking where they can buy tickets to see my shows. Now, with social distancing temporarily hindering live performances, I have taken the operation online by utilizing a top-notch video studio inside of a virtual theater! Until I can operate with live performances (in what may be the smallest theater in San Diego), you can catch my various shows online! Thank you for supporting local artists, and please share your experience with others! 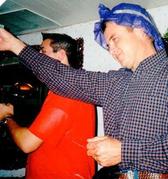 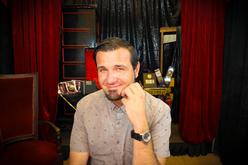 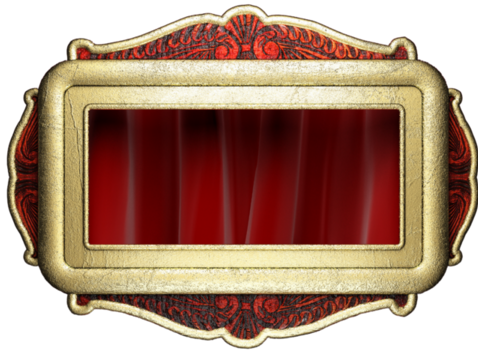 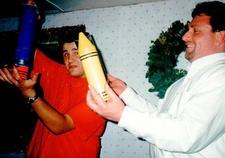